Impact of COVID-19 on the Retail Industry

In the course of just a few weeks, the COVID-19 pandemic has redefined large swaths of the American retail landscape – forcing brands to face a crisis of survival and relevancy that will have long-term repercussions for the shape of the retail industry.

Retail brands began experiencing softening demand as early as March 1st, as an initial boost in e-commerce masked the early declines in-store purchasing. Since then, stores have closed their doors to the public as the country has issued directives for non-essential workers to shelter in place.

We work with over 100 brands spanning publicly-traded global companies to high-growth pure-play e-commerce firms across a variety of discretionary retail categories including fashion and apparel, footwear and accessories, and beauty – along with food and beverage. We built a dynamic tracker to analyze the impacts of the pandemic on retail. As of March 26, demand is down 86% relative to last year, and the data suggests that, unfortunately, the industry hasn’t quite yet reached the bottom.

July 2021 update: we've sunsetted the Retail Monitor and it is no longer accessible.

Here’s what you need to know:

Read on for a week-by-week analysis of trends and changes, followed by our recommendations.

How customer behavior changed, and what that means for the industry

Online revenue peaks due to purchases from existing customers, primarily on mobile

States began issuing Emergency Declarations near the end of the week to ease their access to federal aid and enable quick decisions (like group bans and restaurant restrictions) later on. As things felt a little closer to home, even existing customers began to show signs of postponing purchases, ending the temporary growth. All verticals — including Food & Beverage — experienced revenue decline for the next several days.

Monday, March 9th was the last day of positive Y/Y revenue in 2020. That morning, oil prices crashed to a four-year low and the DOW ended the day down 2,046 pts. Customers responded to the vote of uncertainty and online revenue neared overall decline, ending over a week of growth.

Although stores had not yet begun to close, retail customers were already beginning to avoid in-person shopping on their own. New customers were the first to go, but many existing customers were still purchasing more online than they were the prior year. But mobile revenue dropped Y/Y, starting an early but (comparatively) moderate decline.

Once schools began to close and the first wave of customers started working from home, e-commerce’s tenuous growth gave way to Y/Y decline. This shift marked the first overall decline in revenue for Fashion & Apparel and the Retail cohort began to experience overall revenue decline. Notably, this transition was marked by the first declines from existing customers, who had previously fueled the shift to digital and who tend to drive the majority of revenue for brands. Following case expansion and school closures customers shifted their spend to Food and Beverage retailers, who saw a dramatic increase in both revenue and acquisition (although it is likely that these “new” customers were shopping in-store anonymously all along).

This marks the acceleration of true decline. Case numbers sharply increased in the US as testing proved the virus had been spreading undetected locally. 11 more states announced school closures overnight. Parents began working from home and major gathering places - in particular, bars and restaurants - started shutting their doors and furloughing employees. Retail stores gradually followed suit, and over the next 7 days Y/Y revenue would plummet another 50%.

Online purchasing fell along with it, likely driven by rising unemployment, a general shift in consumer spend toward necessities, and new challenges around blended purchasing models like buy online/pickup in store. And as brands began limiting marketing ad spend and focusing instead on relationship-building, search and affiliate-driven demand would fall over 50%, leaving direct referrals as the primary source of online revenue - particularly for existing customers.

Many orders shifted to mobile as consumers stayed and browsed at home. But as orders increased, basket sizes fell and the shift did not significantly impact the broader trend.

Until now, the Midwest had experienced a period of relative resilience while existing customers continued to shop and store closures lagged behind other regions. As confirmed cases spread to the Midwest and their states quickly adopted similar emergency measures, the Midwest began seeing similar declines to the rest of the US.

By March 20th, Retail revenue had declined 58% Y/Y. Businesses that weren’t yet closed began doing so en masse, causing 3.3M Americans to file for unemployment in a single week. The rest of America was starting to work from home. For some, this was their first weekend in quarantine and an increase in screen time led to a relative boost in mobile ordering. This time the increase was not accompanied by further declining AOV, meaning that overall revenue declines began to slow to ~3% per day. And Direct traffic (which had experienced recent growth) began to decline as brands eased back into marketing their steep sitewide discounts via social.

By the end of March our retail industry benchmark shows a total decline of 86% (35% for mobile). But brands are doing what they feel is necessary to move the needle; recent increases in Fashion and Apparel average order value may indicate that sitewide discounts are swaying some customers and incentivizing larger purchases. Unfortunately, this minor uptick hasn’t yet resulted in a flattening of the decline. But it proves that demand exists, if you’re willing to sacrifice what is left of your margin to get it.

Amid the heavy news of declining revenue, there exist a few opportunities for growth (or more realistically at the moment, mitigation):

Now is the time to lean into customer-centricity:

Check back with the Amperity blog for weekly updates on how the retail market is faring, or register with our Covid-19 Retail Monitor (update: we've now sunsetted the Retail Monitor) for insights in your inbox. 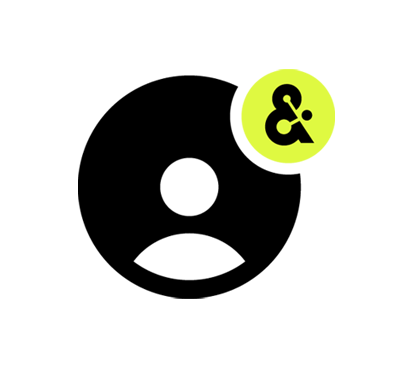